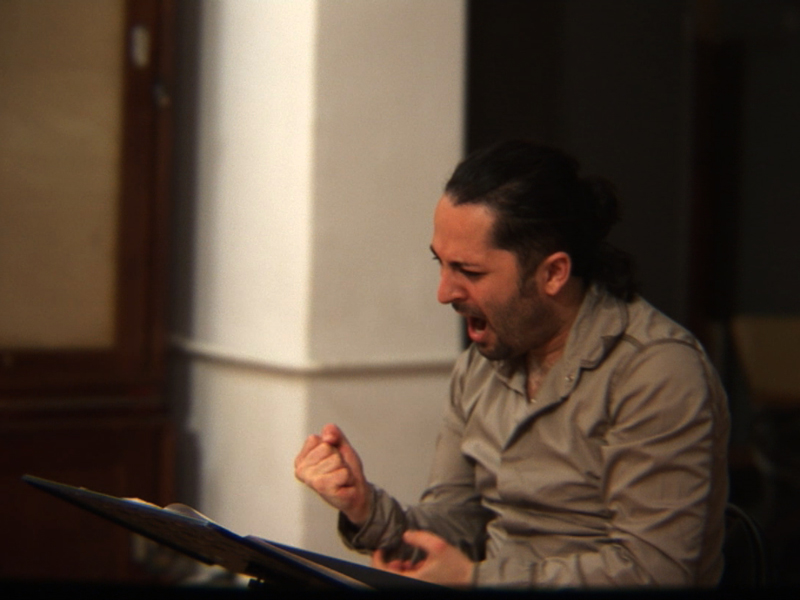 “The idea of Before a National Anthem occurred to me in Reina Sofia, when I saw the Spanish movie: “cancion para despues de una Guerra”, directed during the last year of Franco’s regime. This really amazing movie shows how the fascist propaganda was infiltrated in people’s songs but how also some songs were pieces or points of resistance for the Spanish people. This triggered in me a lot of memories and one of them was when I was little and I had to sing all this patriotic songs or to wave to Ceausescu.
During the revolution, in 1989, they changed the national anthem and they recycled this song from 1848 called “wake up Romanian”, which is the actual anthem right now.
Why do we have to import an old song and why can’t we create something now? It’s important to know what is the political imagination of the moment in Romania, but not only in Romania though. What kind of agency do we claim for ourselves, for the future?
I think about citizenship as a process, and not just as something fixed.”