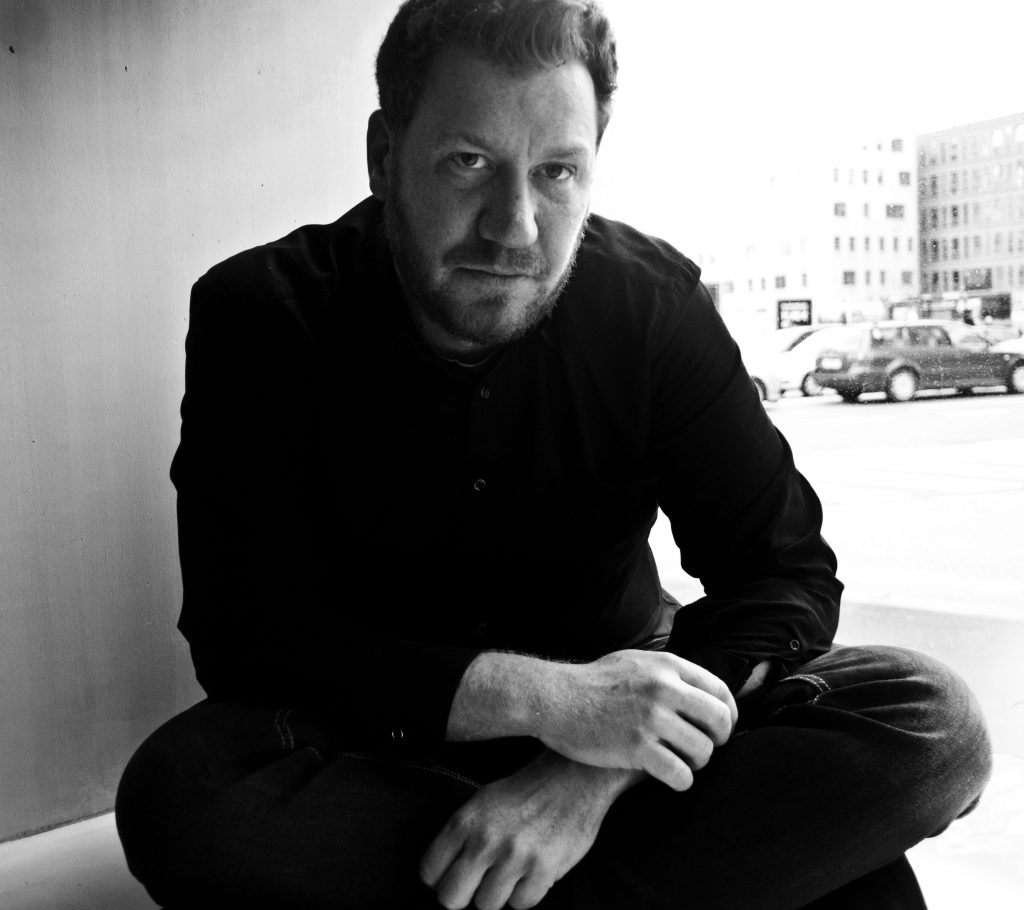 Martin Bricelj Baraga is an artist and curator.

His works are usually large-scale installations in public spaces and unusual architectural contexts. He often uses light and sound as means for creating an atmosphere that challenges our perceptions. His works are questioning symbols and myths as a series of time and space-based experiments.
Deriving from visual arts he often employs sound as basic component in his work and collaborates with acclaimed sound artists such as Olaf Bender, Plaid, Vector Lovers, etc.

He is the director of MoTA – Museum of Transitory Art and the founder of SONICA Festival in Ljubljana, Slovenia.

He has exhibited in many galleries and spaces worldwide: ICA in London, Sonar in Barcelona, Columbia University in New York, FACT Liverpool, Kinetica ArtFair, Centro cultural Recoleta in Buenos Aires, Kunsthaus Graz, Kaapelithas in Helsinki, Museums Quartier in Vienna, GLOW in Eindhoven and many others. His work has been reviewed and published by Wired, boingboing.net, Pecha Kucha, the New York Art magazine, Harper Collins, El Pais, Actar, Mladina and others.

His latest DarkStar project was winner of the GLOWNEXT Festival in Eindhoven with over 400.000 visitors. His project Everlandia was one of most visited exhibitions at the ICA London. It has been selected for Top five events nationwide in UK Times. Other media highlights include a special feature in TimeOut and an interview on BBC Radio1.

SOLO EXHIBITIONS / INSTALLATIONS (the most recent) :

GROUP EXHIBITIONS (the most recent):

PERFORMANCES (the most recent):

AWARDS (the most recent) :

CURATORIAL WORKS (the most recent):

PUBLICATIONS (the most recent):

T.R.I.B.E. – Transitory Research Initiative for the Balkans and Eastern Europe