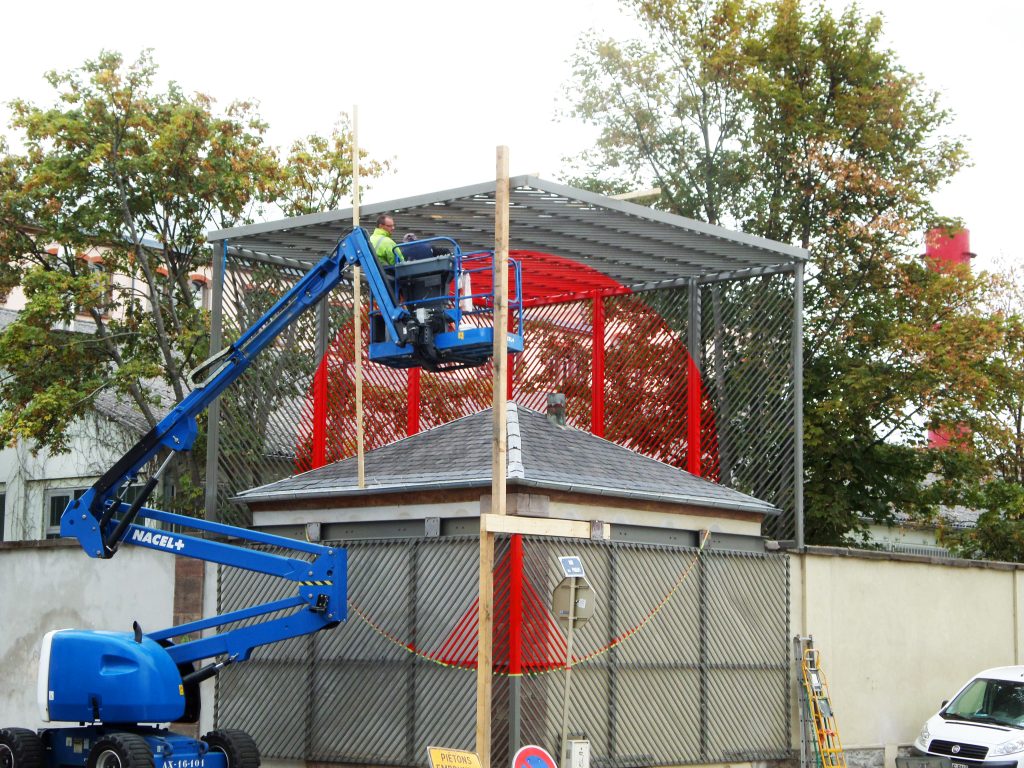 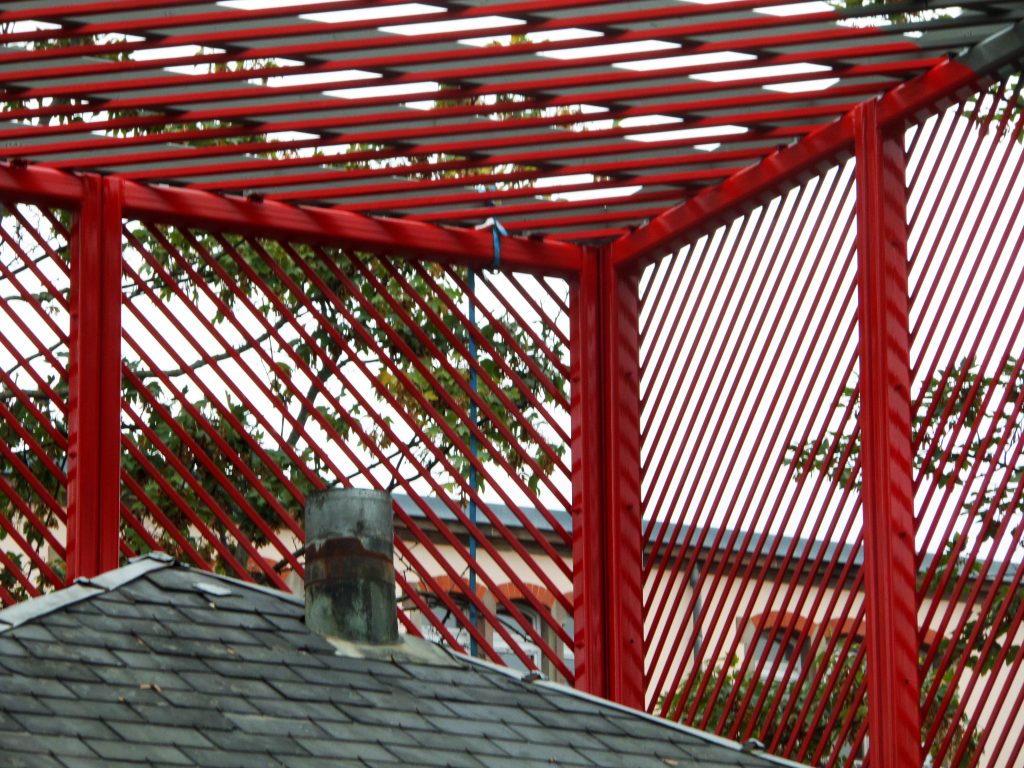 As many children at this time, the legendary Kodak Brownie Flash led Georges Rousse to his vocation for photography. The visual artist and photographer bears his art at the top with his architectural shots.  We can find at the heart of his creations, the technique of anamorphosis, a painting of the space  where all viewpoints seem unstructured. From every point of view, except one, which was decreed by the artist himself. In picture as in reality, the result is striking. In the era of retouching softwares, everything might suggest that the work of Rousse is made of virtual manipulations. It’s however none of that, everything is done in real space, from the point of view of the camera lens. 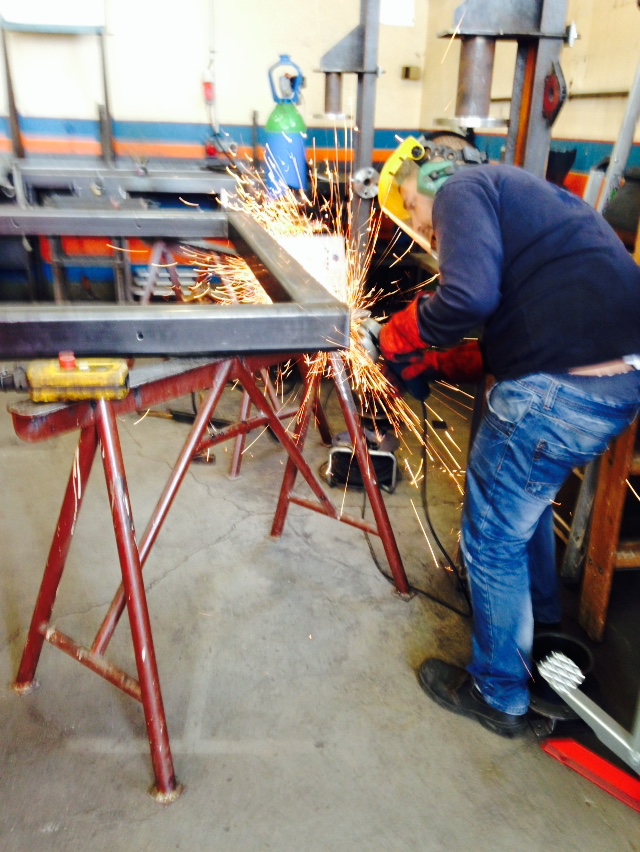 Following this lead, a new artwork of Georges Rousse is taking place in Colmar, at the corner of rue des Poilus and route d’Ingersheim. This monumental artwork, designed by the artist, was built by young people during their course in building maintenance and metalwork, as part of the project Murmuraction (un mur urbain rénové : maîtrise – utilisation – renforcement des acquis) beared by the Local Mission Haut-Rhin North of Colmar, in collaboration with Apollonia and many partners.

As part of the Citizen Lab, Apollonia realise mediation work and awareness among inhabitants.

The Event in Colmar