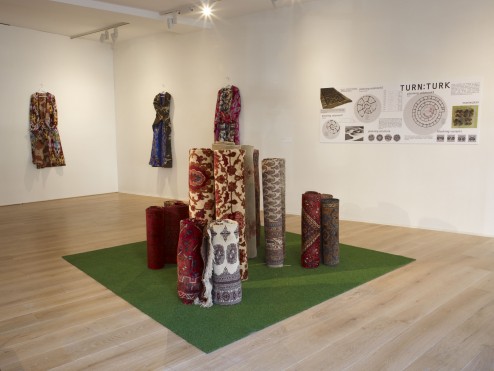 born in 1981 in Almaty, lives and works in Almaty.
A graduate of the National Academy of Architecture and Construction of Kazakhstan, Ekaterina Nikonorova questions the notion of identity through her videos. In Apai na Ivana Kupala (Woman on St. John the Baptist’s Day), the artist realizes the performance where, dressed in Kazakh traditional costume, an apai she makes traditional gestures in a landscape at a frenetic rhythm that is almost orgasmic. Beyond the simplicity of this scene that almost makes you smile, there is the question of the merger of several cultures (the Russians or Asians Slavs from Central Asia which the artist originated and that of Kazakhs which it borrows the suit). 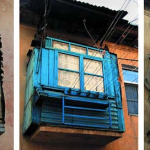