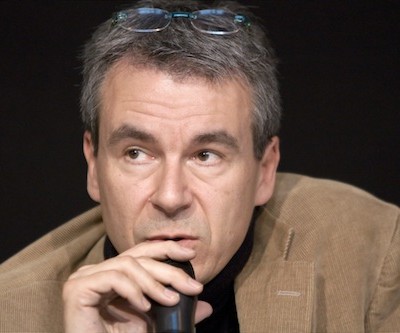 Éric Scherer is Director of the Prospective and Digital Strategy of the France Télévisions Group. Reporter, Correspondent abroad, Head of Post, Editor-in-Chief, and now a blogger, he has held numerous journalistic positions in Europe, Asia and the United States, AFP and Reuters, before joining management positions in France and abroad. Evangelist of the digital revolution of information, he is professor at the School of Journalism of Sciences-Po.

Journalist and media professional for more than 25 years, after studying at Sup-de-Co Rouen, he spent half his career abroad (Tokyo, Washington, London).

If it continues in the “business as usual” mode, journalism will soon become useless and out of place for an audience and decision-makers who are now learning differently. It has to reinvent its function, its mission and its place in the new ecosystem of shared information. If printing has allowed the democratization of reading, the Internet has assured that of writing. Will journalists reinvent their craft?