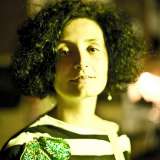 Born in 1978, lives and works in Bucharest, Romania

She is a curator and art historian. Born in 1978, lives and works in Bucharest, Romania. She is co-founding member of the newly Centre for Visual Introspection, Bucharest and since 2002 editor of ARHITEXT journal, Bucharest. She is currently completing her PhD at Courtauld Institute of Art, London with a research concerning Socialist Realism in Romania.

A Turn to the Real