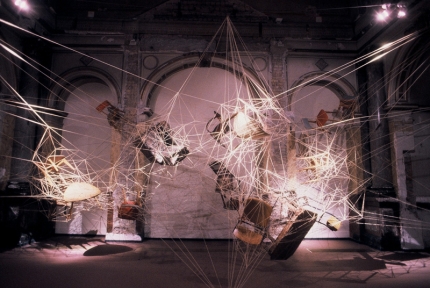 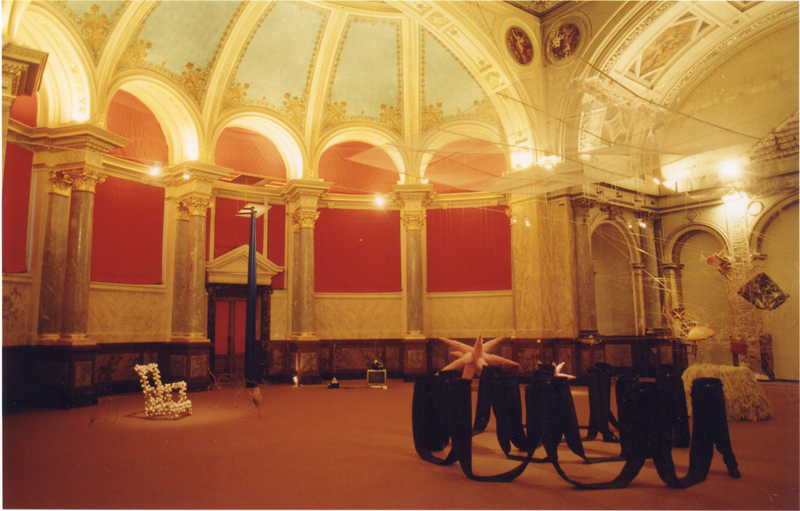 View on the exhibition, Strasbourg

“Legend has it that Aphrodite, the goddess of love and beauty, was born in the foam of the sea at Paphos on Cyprus. When she came ashore, flowers sprang up as she walked past. The island, “the cradle of beauty”, was therefore an ideal place to ask artists to throw new light on a tale which is common in the folk tradition of many countries: Beauty and the Beast.
The story, in which the kindness of the Beast wins the heart of the Beauty, was given over to the creativity of ten young artists, mostly French and Cypriot, who were selected on the basis of the application they had submitted. The works in this exhibition were specially created for this project. All of them are questioning the notion of beauty in its different values and deviations as well as challenging his real existence.

For Orthodoxia Constantinou, this relation passes through the body, entity in suspension, in transition, questioning every sort of certitude. It’s also with his own body that Panayiotis Michael defines beauty, inviting the spectator to take part in his work. For Melita Couta, beauty takes form via contradiction, the opposite, but also by means of an harmonic encounter of the materials that constitute her work. Caroline Belardy centers the Mediterranean in her artistic coception, the memory, the imagination and the love of its littoral. It’s via personal and autobiographic elements in a phantasmagoric space that Katerina Kana delimits her attitude towards beauty while Andreas Savva privileges the idea and the concept that underlie a plural work. Finally, Cyrril Barrand has invented a vocabulary of objects, pictures, historical, mystic and botanical references, discovering a new equation of beauty.”
Dimitri Konstantinidis

WITH THE SUPPORT OF :