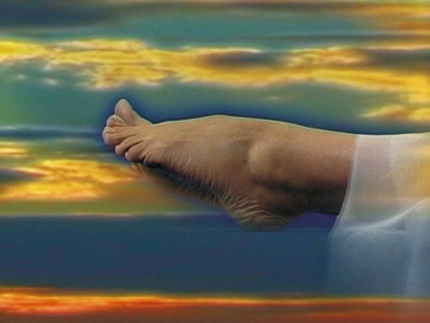 The trilogy Birth – Life – Death by Marianne Strapatsakis started in 1989, as an artwork in progress, which is now completed with the creation of the birth part and the combined presentation the three works. The time transition between the three parts created in 1989, 1997, 2008, allows multiple readings of the work, on both conceptual and historical level.

The first part of the trilogy consists of the video installation The Phantasms of the Mediterranean or The Reflections of the Past (1989), produced for the 10th International Video Festival of Montpellier. The main element of the installation is Water, « reservoir of all the possibilities existence » – BIRTH – focusing on water, an element that  « precedes each form and is institution of each creation » and «reservoir of all the possibilities existence ». This work constitutes of a space where the past, the present and the possibility of future coexist. The temple of Aphaia in Aegina acted as a point of reference – inspiration, where sketches, paintings, sculptures and video footage originated. The work has been shown in France (Montpellier, Guebwiller, Nice), Greece (Athens, Thessaloniki, Rhodes, Patras), Germany (Berlin), Italy (Rome), Turkey (Constantinople), and Portugal (Lisbon).

In the second part, video installation Secret Passages – Laviron (1997), the main elements are Earth and Laviron, one of the ancient places of exploitation. In this solid space, humans have for centuries begun to build the ways of artificial world. They were destined to engrave and establish the future streets and solid structures of the industrial era, leading to the point of thoughtless exploitation of material wealth that nature provided. LIFE is created and evolves on earth. The area Lavrion, its underground galleries, mines and minerals, acted as point of reference that inspired all sketches, paintings, sculptures and video footage. This is also the place of origin on the first silver Athenian coins in the 5th century B.C. This work has been presented in Greece (Athens, Thessaloniki) and UK (London, York, Carlisle, Kingston). It belongs to the collection of the Macedonian Museum of Contemporary Art (Thessaloniki, Greece).

In the third part Invisible Places – The Vast White (2008), the main elements are the Air and the Light. DEATH does not constitute disappearance, but a transformation of the level of existence that is at the same time Body, Soul and Spirit, which in turn correspond to the Earth, the Moon and the Sun (Plutarch). The phenomenon of natural death is only a metamorphosis of conscience, the tripartite relation: Thesis – Antithesis – Synthesis. Conscience of death means, finally, conscience of the intellectual substance of the person. Hence, death equates to the return to the initial source, the Light. The human is transformed again in an airy blow, Air. This work consists of an interactive video installation, in which the spectator is invited to participate in the emotional journey of « death ». 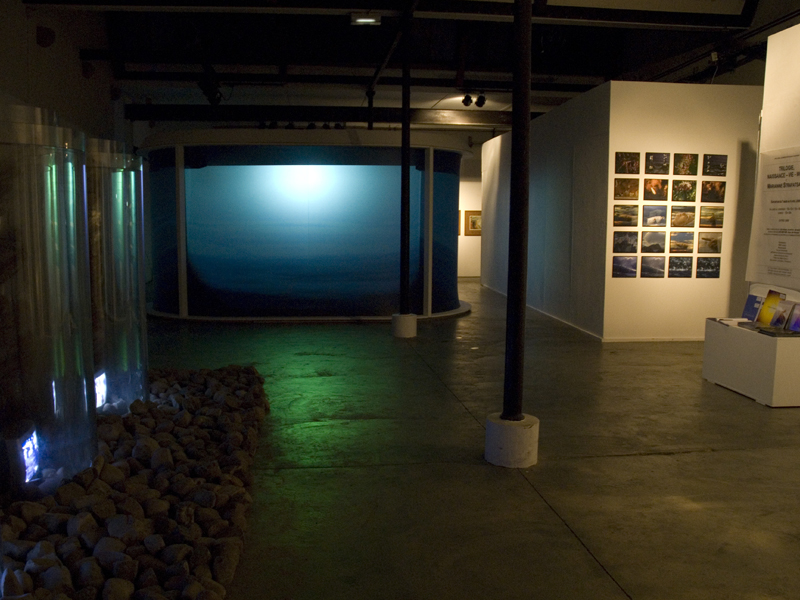 View of the exhibition 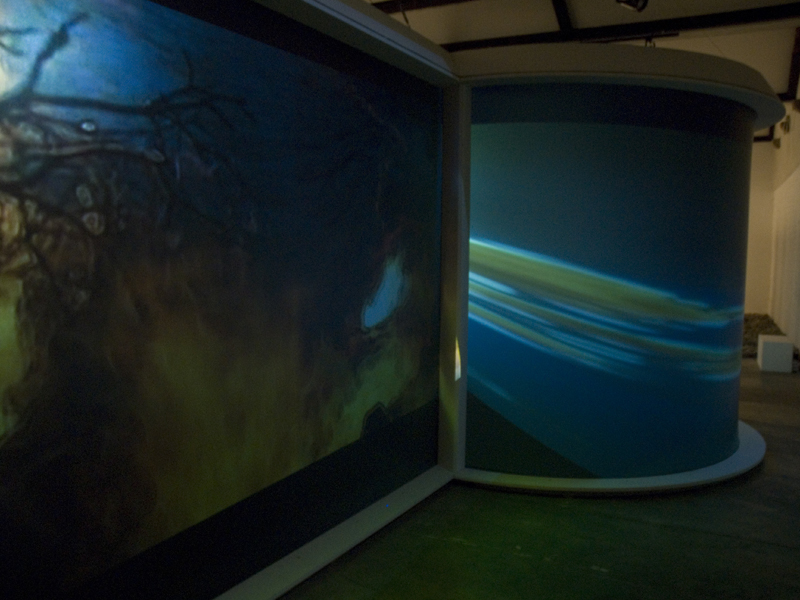 Marianne STRAPATSAKIS “The Phantasms of the Mediterranean – The Reflections of the Past”, 1989