Born in 1976 in Brno, lives and works in Prague

She studied at the Faculty of Architecture of the Czech Technical University in Prague (graduating in 2001). In July 2007 she completed her postgraduate studies at Berlage Institute, Rotterdam. She is a cofounder of Centre for Central European Architecture CCEA established 2003. Long term research projects focusing on the urban phenomena are core interest of the CCEA. Developing these projects as initiator or coordinator CCEA is looking for new language in the bottom up policies. Together with Igor Kovačević she has established architectural studio MOBA (2005) with the main focus on the city processes. Since 2007 she has been an external tutor at the FA CTU, where she teaches first year design studio. At the Faculty of architecture she continues with PHD program. She is member of the “Board of editors” of Era 21 magazine and a Czech expert for Mies van der Rohe Award (2008-2011).
Curatorial activities are also important part of her work she was curetting different exhibitions and events starting with those organized by CCEA as well as guest curator of different international projects. 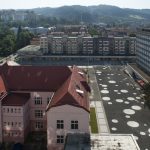 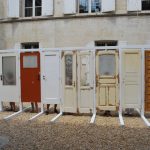 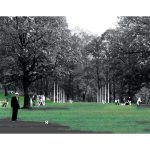