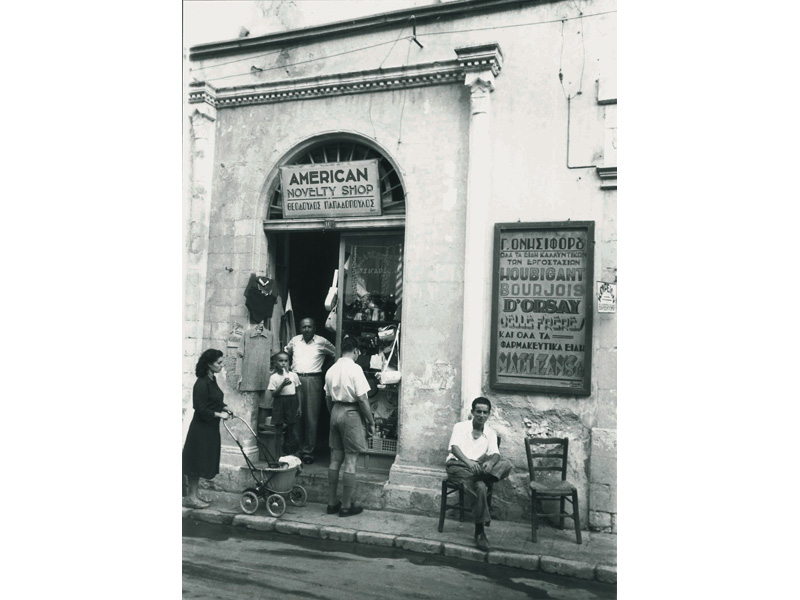 EDWARDS, “Shop owners and customers on the commercial street of Saint Andrew in Limassol”

« Cyprus throughout its long and turbulent history has had to endure many hardships and tribulations and each time one conqueror gave way to another, the very physiognomy of the Island was altered. The well-coined phrase “a picture is worth a thousand words” and the recollection on Cyprus given above by the writer Laurence Durrell, are perhaps the most realistic descriptions that can truthfully portray this country’s historical evolution: the land, its people, and its culture.
Cyprus’ visual memory can be traced back to the second half of the 19th century when the allure of the mysterious Levant drew European travellers to embark on the “Grand Tour” of which Cyprus was a crossroad.

(…)The series of photographs on view in this exhibition form a small narrative of a vast archive that the Laiki Group Cultural Centre has in its Photographic Collection. If one can say that the ultimate tribute to a county’s heritage is its visual memory then we are proud to say that, through systematic collection and publication of photographs depicting Cyprus’ history, land, customs and traditions as well as its people, we have contributed substantially to preserving our cultural memory. The ultimate results of constructive and diachronic preservation of historical archives are invaluable. More importantly they form the backbone of a country’s identity and its measure of progress. These values are particularly valid today in view of Cyprus’ European integration and our need for national unification.»