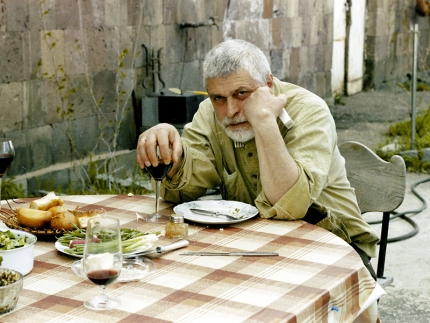 Videast, producer, photographer, critic of the cinema, president of the film library of Erevan… Gareguin Zakoyan is unmistakably one of more important current creators of Armenia and region of the Caucasus.
Ancient companion of road and faithful follower of Serge Paradjanov, Gareguin Zakoyan establishes the alive memory of the culture generally and the film epic of the Caucasus today in particular.

The residence of this artist in rural areas and in particular in a cultural center peripheral as that of “La Castine” allowed the inhabitants to get acquainted with the new creation of the distant regions and to participate actively in a dynamic project opened to the exchanges and to the intercultural dialogue.

This residence has realized through a workshop of film initiation, evenings of projections and the researches for the shooting of a film on the labor memory of the factory De Dietrich.

WITH THE SUPPORT OF