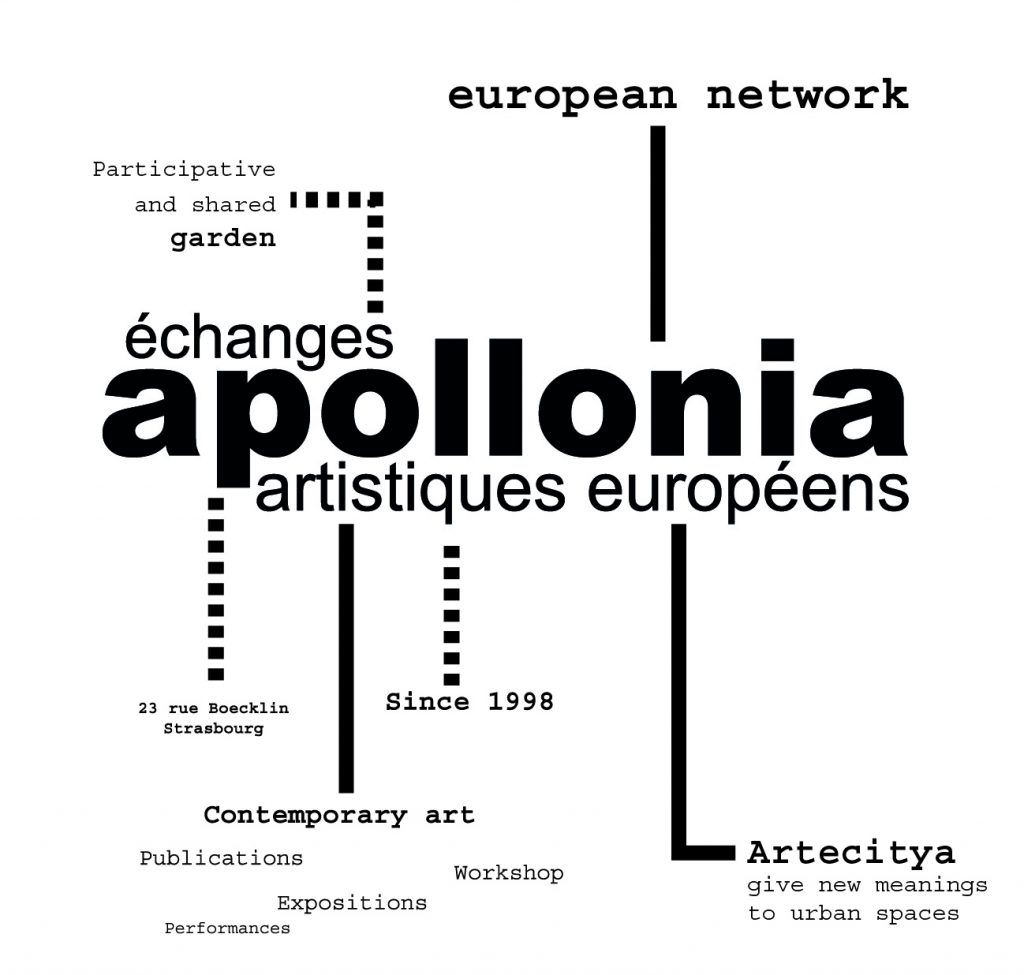 Apollonia is part of a vast European network and relies in its actions on more than 250 cultural and artistic structures.

Our main goals are the promotion of the contemporary artistic creation and the stimulation of artistic exchanges in Europe; the association also aims to put forward the role of the artist in the society.

Since its creation, Apollonia implemented over 60 research travels in Europe and Central Asia, set up more than 250 exhibitions and artistic projects (residences, workshops, etc.) and thus supported not less than 1300 artistes from France, Europe and beyond. We also organized numerous seminars, symposiums and colloquiums on current artistic, cultural and political topics, in addition to over 30 publications documenting the artistic scenes of different countries.

Since summer 2015, Apollonia is located in the Robertsau neighborhood in Strasbourg. In 2016, the association adjoined to the exhibition venue of over 300 m2, a 1400 m2 of the city-owned land that was transformed into an artistic and participative garden.

Apollonia activities are regularly supported by the Ministry of Culture / DRAC Grand Est (Regional directorate for the cultural affairs) and the City of Strasbourg. The association also initiated large-scale cooperation projects; three of them received the support of the European Commission (2002/2015, 2006/2009, 2014/2018). Apollonia activities and project implementation are also co-financed by various public and private partnerships.

Our latest European project “Artecitya” had for basis the revitalization of the city with the active participation of both citizens and artists. These ideas irrigate and motivate all our current and future projects.