Planned for the south entrance of the Robertsau neighborhood, the project is divided into three categories : culture, nature, and leisure. The cultural aspect is centered on the Apollonia association and consists of the preservation and improvement of this space, dedicated to exhibitions and European artistic exchanges, and would be extended into the nature aspect. If the nature part of this project consists of a community garden, green space, and vegetable garden, its function will be doubled into an outdoor exhibition space following in the footsteps of Vivacité. Finally, the leisure aspect, which seeks to create a kind of second city center at the entrance of Robertsau, is made up of a bar, restaurants, and terraces, but also a co-working space and hotel. 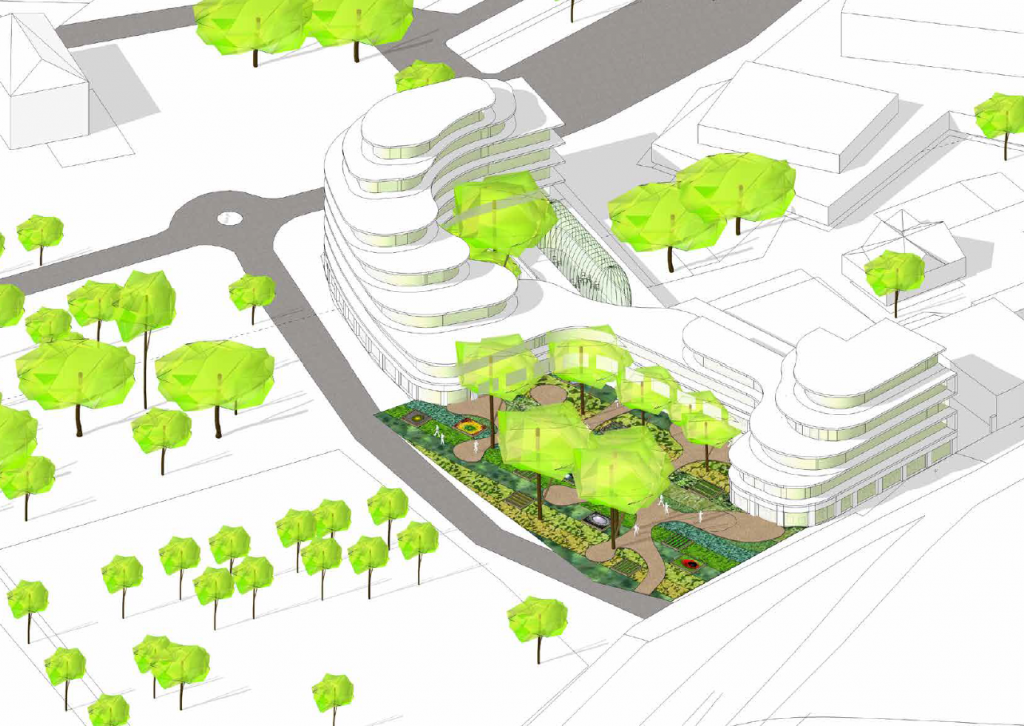 With respect to infrastructure, Georges Heintz will be the architect in charge of designing a project adapted to the environment in order to avoid any risk of over-concretization. This is a serious challenge, since the first visuals produced show a curved building, composed of numerous terraces and a height of four floors. Concrete will certainly be used, but also wood and glass, which will allow an open flow between the building and the garden.
In order to keep its comprehensive approach, the Apollonia Garden is part of a larger project thanks to an initiative to set up physical and virtual paths throughout the city of Strasbourg.