Born 1965 in Bes-Terek, Uzbekistan. He lives and works in Shymkent, Kazakhstan.

Said Atabekov began his artistic activity in 1993 as a member of the Red Tractor Group; the first avant-garde art collective founded in Southern Kazakhstan after Perestroika.­ As a witness to successive waves of social and political change in an area which saw a transition from nomadic culture through Communism to Capitalism in less than a hundred years, Atabekov explores the intersections and local impact of often conflicting cultures, skilfully identifying and animating elements that reveal their deeper paradoxes.­

Like many of today’s artists, Atabekov’s work spans a variety of media, from video and photography to sculptures and installations. His­ use of ethnographic signs is heavily influenced by recollections of the Russian avant-garde and Post-Soviet realities, along with an intimate and often touching analysis of his condition as a contemporary artist. While acutely aware of the attractiveness of the exoticism associated with the iconographical stereotypes of Central Asian art, he often refers to them with a touch of irony.

CV of the artist 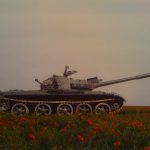 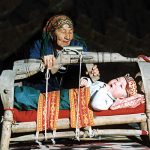 The Dream of Gengis Khan, 1998 Installation and Performance Photographic documentation 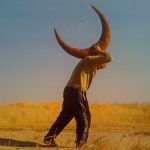