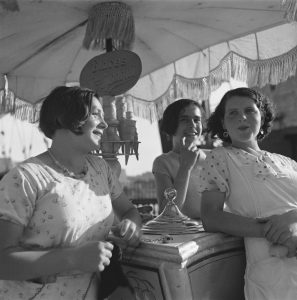 Having emigrated to Paris in 1926, he is hired as a lighting engineer by the advertising studio Deberny-Peignot where he meets Maurice Tabard, who finds that he has an “unusually good eye for light” and introduces him to photography. After a period of working in the studio of the photographer René Zuber, he opens his own studio in 1936. He dedicates himself to fashion photography, to advertising and to reportage. Imeric Feher will see his photographs published in the magazines Vu, Regards, Paris-Magazine and also Match.

The Benefits of Emigration
Hungarian photography from the Nicephore Niepce Museum