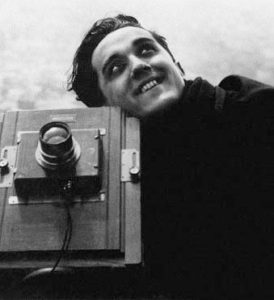 The work of François Kollar testifies to a versatility characteristic of numerous photographers in the period between the two World Wars, with a wide-ranging curiosity open to new experiments in the photographic medium, mixing avant-garde investigations with applied photography for the purpose of earning a living.
Having arrived in Paris in 1924, Kollar becomes known through thousands of images realized for Horizons de France and destined to illustrate the volumes of La France travaille (1931-1934). He is likewise a portraitist, a fashion photographer and a gifted advertising expert, elevating the most banal objects through an elaborate playing with shadow and light, here and there using processes of superimposition or solarization, which come to emphasize his taste for geometrical forms and for the rendition of materials.