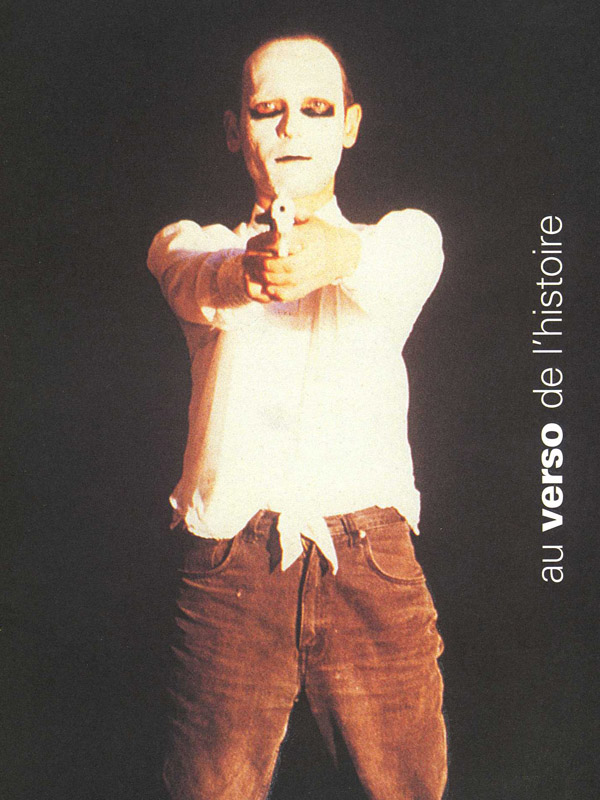 This work was co-edited by Apollonia and La Ferme Du Buisson on the occasion of the exhibition “Au verso de l’Histoire”, presented at the Cooperative des Bouchers de Schiltigheim as part of the Mitteleuropa Biennale 17 October 1999, Bilbao International Film Festival from 22 to 28 November 1999, La Ferme du Buisson in Marne-la-Vallée from 23 March to 30 April 2000 and the Center of Contemporary Art of Rethymnon in Crete on 15 October 1999 As at 30 November 2000