Born in 1972, lives and works in Rudny, Kazakhstan.

Artist, writer and independent curator, Oksana Shatalova developes a career of a photographer and videographer along with a critical work. Questioning the Soviet legacy through the prism of the individual, Shatalova built a personal work, not devoid of feminist concerns (the work East Woman shows a hair between sensuality and menace as it becomes hung node) and criticism of unbridled capitalism. Subtle in how to film the bodies and faces, Shatalova deals with the Kazakh society, its history, its representations, its excesses and dead ends, by confronting with universal questions.

Shatalova has curated several art projects, including STIILS-Enthusiasm: To be or not to be for Koldo Art Gallery in Bishkek, Kyrgyzstan, 2010 (co-curated with Boris Chukhovich), a photo project in which more than 80 artists participated from five countries in the region and Lingua Franca, the Central Asian Pavilion in the 2011 Venice Biennale (with Boris Chukhovich and Georgy Mamedov). As an artist, she has participated in more than fifty contemporary art exhibitions, including the 53rd Venice Biennale, 2009, East of Nowhere, Turin, 2009, the first Biennale in Thessaloniki, 2007, the second Moscow Biennale, 2007 and  other major exhibitions. 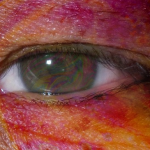 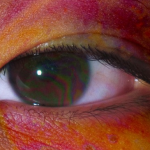