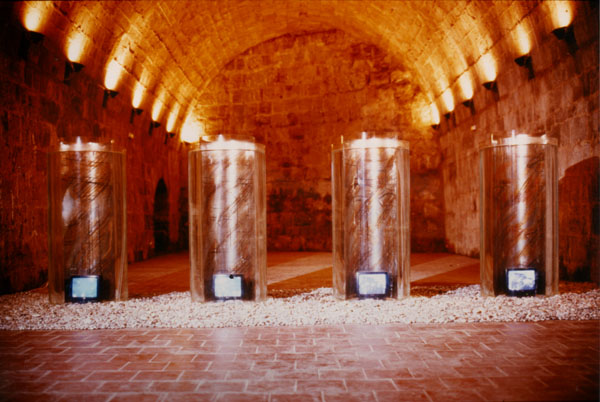 Born in 1947 in Athens, lives and works in Athens (Greece)

She has received awards and distinctions for plastic interventions in  train stations in Athens. She was on several occasions, a member of committees artistic criticism.

IN THE FRAMEWORK OF :
Trilogy, Birth – Life – Death