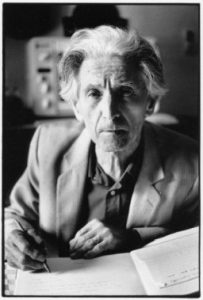 The career of Etienne Sved seems to have been determined from the outset by his Judaism. Rejected by the art schools of Budapest for religious reasons, he orients himself towards a study of drawing with professors coming from the Bauhaus. Expelled by anti-Semitic measures of the Horthy government, he leaves Hungary in 1938 for Egypt, where he works both as a journalist and caricaturist. In this way he travels through the country, gathering photographs of the remains of ancient civilization and of modern Egypt, with a documentary concern matched by a genuine sensitivity to light.
After the Second World War, Sved settles in Paris, where he turns his energies to the publication of works, illustrating with his photographs texts of Etienne Drioton (L’art égyptien, 1951), of Tristan Tzara (L’Egypte face à face, 1954) or of Jean Cocteau (Maalesh, a work published after the death of the photographer at the initiative of the Nicéphore Niépce Museum). Thus the oeuvre of Etienne Sved should definitely be viewed from the perspective of the ultimate purpose which was assigned to it: the photographic book.

The Benefits of Emigration