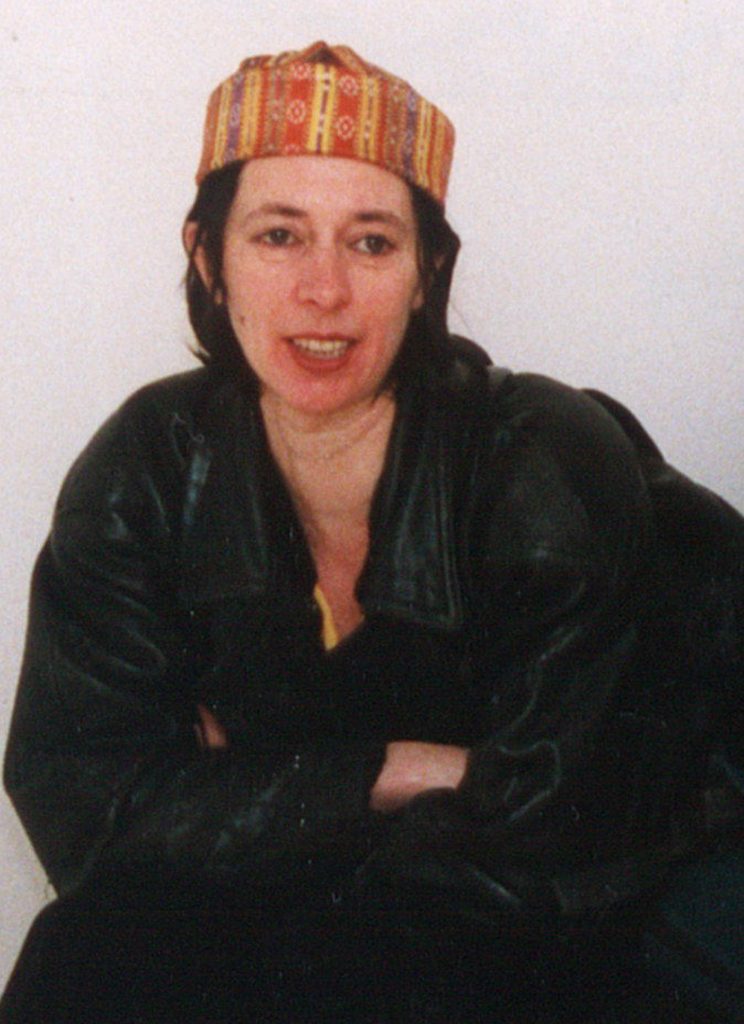 Barbara Borčić is an art historian, member of AICA, International Association of Art Critics, active in the field of contemporary arts as a free-lance curator and writer with a focus on performance and video art. Program Advisor (Director 1997–2015) and head of video programs and DIVA Station Video Archive at the SCCA–Ljubljana, Center for Contemporary Arts.

She is the author of Videodokument: Video Art in Slovenia 1969-1998, the first systematic documentation and research of video art in Slovenia, important in framing terminology and setting theoretic basis for further research. She has curated numerous programs of video art in Slovenia (under the title Videospotting) and presented them worldwide, from Moscow, Cairo, Manila, Berlin to London, Los Angeles and New York.

She has regularly lectured and published texts in catalogues, magazines and books: e.g. Video Art from Conceptualism to Postmodernism, in: Impossible Histories: Historical Avant-Gardes, Neo-Avant-Gardes, and Post-Avant-Gardes in Yugoslavia, 1918-1991 (Cambridge, Massachusetts: MIT Press, 2003); A Painter’s Visually Skilled Hand In Grasp of Technology and Engineering, Mehatron Noordung (Museum of Contemporary Art, Zagreb, 2004); Manifesta in Our Backyard: Reflections on a Research Project (with Urška Jurman), The Manifesta Decade. Debates on Contemporary Art Exhibitions and Biennials in Post-Wall Europe (MIT Press, Cambridge, 2005); Curatorial Practices in the Slovene Cultural Milieu, Curatorial Translation (EURO Center, Skopje, 2008); What Television Can Be, And What Artists Can Use It For, in: exh. cat. Amuse Me (Ljubljana: Mestna galerija, 2013); The ŠKUC Gallery, Alternative Culture, and Neue Slowenische Kunst in the 1980s, in: NSK from Kapital to Capital. Neue Slowenische Kunst – The Event of the Final Decade of Yugoslavia (ur. Z. Badovinac, E. Čufer & A. Gardner (Ljubljana: Moderna galerija & Cambridge, Massachusetts: MIT Press, 2015).

As the artistic director of ŠKUC Gallery in the 1980s (1982-1985), she was involved in the ‘alternative art scene’ in Ljubljana – the widespread cultural movement in Slovenia – developing exciting artistic practices and social critique. Between 1982 and 1992, she collaborated on several art and documentary video projects. 1991–1992 she was the editor of the fine arts magazine Likovne besede [Art Words] and edited a special issue during the war in Yugoslavia entitled Art Is Stronger than Death, focusing on artistic and cultural practices that expose the body, its vulnerability and strength and presenting various attitudes towards the corpse and the death.

In frame of SCCA–Ljubljana, she was a co-curator of the exhibition projects Urbanaria and Media in Media; a head of Videodokument: Video Art in Slovenia 1969-1998 (documentation and research project), Videospotting (curated video programs) and Internet Portfolio (curated web project); a consultant of World of Art, School for Curators and Critics of Contemporary Art and co-editor of Žepna Pocket Edition and a number of research projects/publications, e.g. PlatformaSCCA: Manifesta in Our Backyard and What Is to Be Done with ‘Balkan Art’?; A Video Turn. She is a head of video programs and DIVA Station Video Archive of video and new media art in Slovenia.

For Apollonia, Barbara Borcic curated a exhibition of video art within the framework of “e.city – Ljubljana” project.