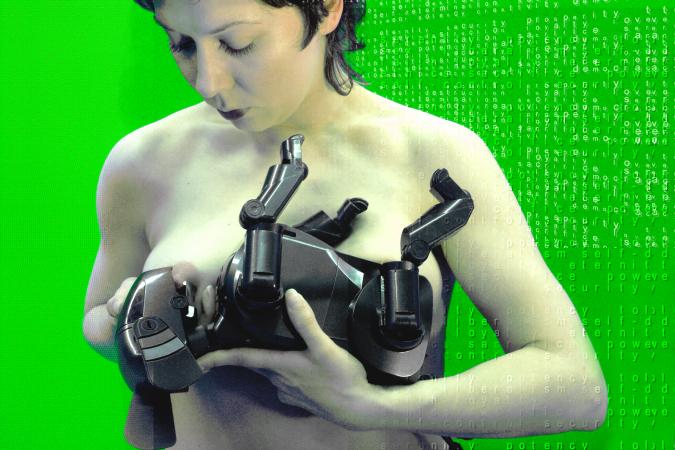 She is a graduate of the F. Chopin school of instrumental music in Warsaw (1989). On her own initiative, she studied visual art methods from 1985 to 1987. In 1994, she began studying television direction at the National Cinema School in Lódz. Since that time, she has specialized in multimedia art. She has nevertheless been involved in various video projects and performances since 1989. She has participated in a number of representations, festivals and exhibitions in Poland, Austria, Germany and Canada. She has also composed the music for no less than ten films on art. In her work, Barbara Konopka looks at the issues of transformation that affect identity and the human body in the face of mass telecommunications, the source of a veritable information revolution.