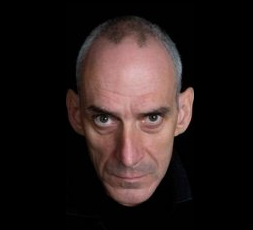 Lives and works in Liège

Johan Muyle was born in Charleroi (B) in 1956 and lives and works in Liège and Brussels. He exhibits in private galleries or public arts centres in Belgium, Brazil, Chile, Cuba, Denmark, France, Italy, Monaco, Poland, Spain, the United Kingdom, … the presence of his works in public and private European and North American collections and his participation in art fairs or international biennials of contemporary art (Sào‐Paulo in 1998 and Milan in 2001) mean Johan Muyle is an artist who is representative of the contemporary arts scene inBelgium.

Between 1985 and 1994, Johan Muyle mainly produces animated sculptures of assemblages which have been on show in galleries, international contemporary art fairs, arts centres and museums in Belgium, France, Germany, Italy, the Netherlands and Portugal and Spain.

Between 1995 and 2004, Johan Muyle works in a new studio (with a team of assistants) on monumental installations. He mainly creates installations composed of animated monumental paintings with the collaboration of poster artists from Chennai in India. These installations have been exhibited in Belgium, Brazil, Cuba, France, Italy and the United Kingdom.

Since the end of 2004, Johan Muyle has revived an individual work and the production of motorised sculptures made up of assembled objects (objects collected during travels, at flea markets or ordered via internet). In these last works he takes a remarkably critical yet poetically distanced look at the human condition, the radicalisation of religions, the disappearance of collective utopias and current affairs.

Since 1991, he records preparatory sketches for the elaboration of his objects and installations in A5 format notebooks. 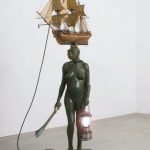 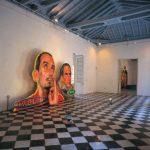 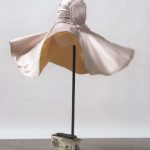